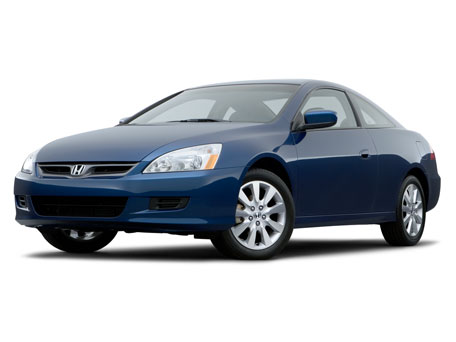 Over the weekend my fiancée and I were on a short road trip comfortably seated in our recently purchased 2006 Honda Accord coupe; a car that has yielded no buyers remorse as of yet.

We were coming back down to the valley from the cool mountains. It was dark and my fiancée was sleeping. That’s when I had time to notice that all of the fonts in my car are in ALL CAPS. Not only are they in ALL CAPS, but they are also in some Arial font (I think).

During this time of in depth observation (at high speeds mind you), I also realized that if I had been cryogenically frozen in 1950 and then thawed out in 2006 and someone tossed me the keys to their new Accord to pick up some milk, I would be afraid to push the buttons on the dash during my drive.

The reason? According to one of the buttons, if you push it, you will be shot in the head by a large arrow. If that wasn’t bad enough, there’s another button that will fire a large arrow into your head and legs at the same time.

I shouldn’t leave out the button that will merely shoot a large arrow into your legs or the one that will allow many arrows to come in through the windshield.

So next time you’re driving take a look. Are your fonts all caps? Any weird dashboard analogies going on?