This is an interesting creative exercise: Come up with a “Good Band Name”

But not just ANY good band name. It needs to be funny and catchy. It should be paradoxical or ironic. A “first album” title is optional.

I saw this going on at Twemes.com. You can participate in this Twitter meme by including “#GoodBandName” in your update. If you don’t feel like following the latest Twitter trend, leave a comment here instead!

This is an interesting site with a lot of neat designs!

From the About page:
“DONE is my personal daily design workout for 2008. Every day I will flex my design skills by creating one piece in 30 to 60 minutes.” 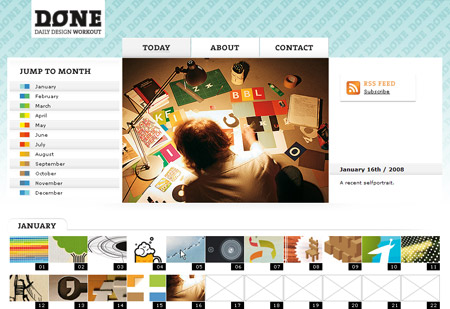 (via April Holle via CSS Mania)

Funny and very well drawn! Which of these describe you? 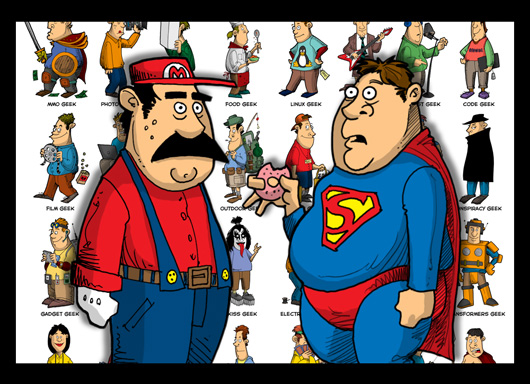 In an effort to further reduce the productivity of Fridays (and thus allow it to become an official part of the weekend), I launched a new weekly game over on Twitter. The success of BrainFuel’s Caption Contest Fridays played a key role in motivating me to start TwitLibs.

Because Twitter communication is text-based, I needed a game that did not involve images. Based loosely on Mad Libs, the game involves one person sending Twitter a statement with a series of blanks (e.g. [I just __ my __]). The message is delivered to all of that person’s “followers” on the site. To play, they simply reply with the words they think makes the statement funniest (e.g. [@brianshaler “pooped”, “pants”] or [@brianshaler “kicked”, “dog”]).

Round 1 is already underway. The Twitter replies are in the comments.