Steve Jobs Needs to Step Down 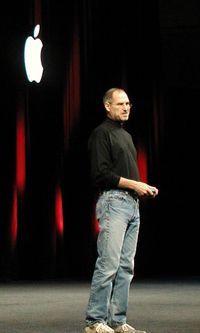 But not in a permanent way. He needs to stop being the only face of Apple.

He can and should still be the reining champion at Apple Computer, but in a very big way he needs to be grooming a protege. And publicly. He needs to step down from being the only person in the public spotlight.

If I were Steve Jobs, I would let each of the product managers announce and introduce their own products. Instead of Steve Jobs announcing the newest products, it should be Steve Jobs watching.

One argument against this is that Steve Jobs has a presentation style that totally rocks and his audience loves it. I agree, but it doesn’t matter. He should not be the only public face of Apple. It can’t be all about him otherwise when he leaves, it all ends.

Steve Jobs will need to move on at some point. Why doesn’t he give somebody else a chance? The way things are going, if he ever decides to move on, or something happens to him, the company he has labored for will have no public persona. I’m not saying that Steve Jobs needs to go away, but in a very big way he shouldn’t be the only person we the public see and hear from.

Anyways, there’s my rant of the day. If you want to read a different point of view go read Leander Kahney’s piece in Wired.

10 responses to “Steve Jobs Needs to Step Down”