Is a big launch better than a small quiet launch? 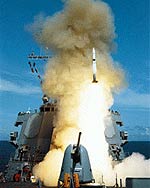 Here’s a question to ponder over the Christmas weekend.

When launching a web application, is it better to plan a big launch and pursue as much publicity as you can, or instead do a private beta launch and take it slow?

It appears to me that the private beta launch can actually backfire.

Here’s why I think that.

Nobody wants to report on old news… and if the media finds out about your web app a month after it has gone live, why bother reporting on it. Plus, if you grow at a slower pace with a small launch but your server stays up, what does that say about demand?

I would much rather have a spectacular launch with my server barely keeping up on day #1. It would mean that there is something popular about your service and demand is high.

The other thing I’ve discovered is that there is an intense desire among those reporting Web 2.0 to be first. The biggest players in the business (you know who they are) will not report news unless they have the edge. So you have to be careful about who you tell first. Giving the biggest players a launch timetable or a “window” and letting them be “first” could be a good strategy for day 1.

Disclaimer: I don’t have a lot of experience in this, so I’m just reporting what I think I know.

2 responses to “Is a big launch better than a small quiet launch?”