For anyone who doesn’t know, Fred was my old plant. Okay, I’m glad we got that cleared up! I must be the only person on the planet that names my plants. I don’t have many (only one right now) and so it’s relatively easy to keep track. Here’s the background from my post last week in case you missed it.

So the sad story of Fred: Where to begin. Fred was a good plant to me. Scratch all of that. Fred was a fabulous small plant and he lived in a tiny pot.

Ugh. Where to begin. I can’t even write something without going off on a humorous tangent.* Fred was kidnapped one night when I put him outside to have a drink of water. I left him outside overnight and in the morning he was gone! Yes, he was kidnapped.

We did the usual: called the cops, filed a report, and even had Fred on a milk jug for a short while. All to no avail. Fred is a casualty of plant traffickers. Probably some evil grocery clerk.

So that brings us to my new plant once again. The new plant needs a name. Not any ordinary name. I think this plant needs a brave name. Something that strikes fear into the hearts of plant kidnappers. 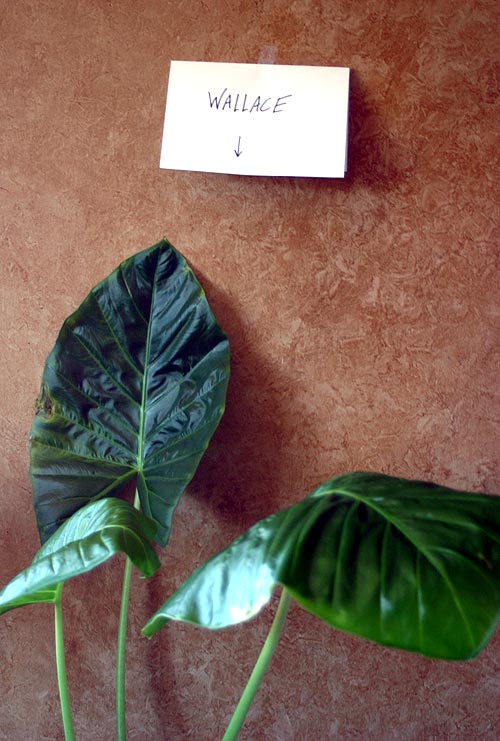 I think that picture tells the story. Wallace is happy to have a place at Tornado. He doesn’t really have a job but we won’t tell him. He’s content to sit by the door. He doesn’t say much. Quiet kind of plant. You can be the judge about whether he is named after William Wallace or Wallace and Gromit. Thus ends the tale.