Ever try peanut butter on your hamburger?

It isn’t helping that I’m starving as I write this… So I was listening to a few minutes of NPR’s show about food. It’s called The Splendid Table.

What was interesting was they were talking about hamburgers and this one place in Missouri apparently sells hamburgers with peanut butter on them. Here’s what it looks like: 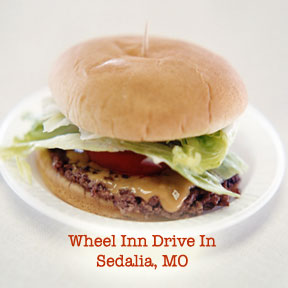 Also check out www.hamburgeramerica.com (scroll down the page to see the other hamburgers). The site is ugly but the hamburgers look great!

Have you ever tried a hamburger with melted peanut butter? It sounds bad at first, but now I’m interested to try it. Perhaps without ketchup. Would you try it?

48 responses to “Ever try peanut butter on your hamburger?”