I don’t know if anybody has picked up on this or not, but I’d like to make a passing observation about the loaded fuel truck that hit a bridge in the Bay Area, and the jets that crashed into the World Trade Center.

The tanker that crashed under a freeway overpass in the Bay Area had 8,600 gallons of fuel. (source)

Is this clear evidence that it’s possible to melt a building like the World Trade Center with fuel? I think it is. 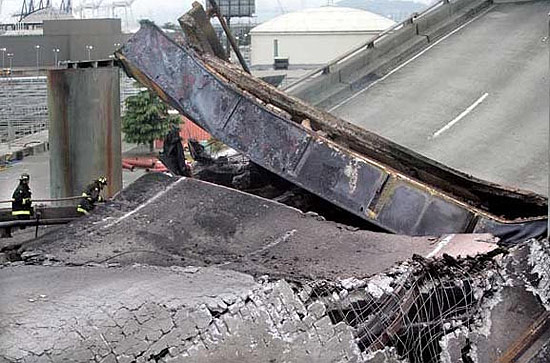 The single-vehicle crash occurred on the lower roadway when the tanker, loaded with 8,600 gallons of unleaded gasoline and heading from a refinery in Benicia to a gas station on Hegenberger Road in Oakland, hit a guardrail at 3:41 a.m.

Engineers said the green steel frame of the I-580 overpass and the bolts holding the frame together began to melt and bend in the intense heat — and that movement pulled the roadbed off its supports. 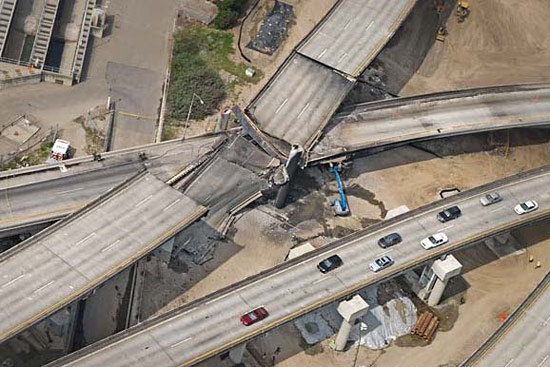 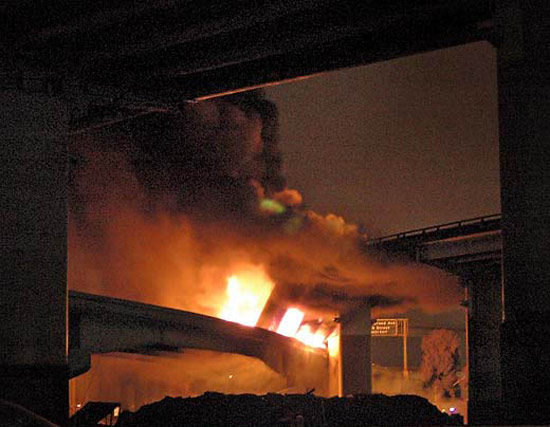 Also, from this SFGate article:

Firefighters immediately noticed the upper connector ramp was buckling and seven minutes after they arrived — at 4:02 a.m. — it collapsed, Price said. Now there were no more structures threatened, the firefighters’ approach shifted.

The truck hit at 3:41 a.m., which is consistent with the timeframe in which the WTC collapsed.

A lot of people have argued that it is impossible for the WTC to have collapsed and that the fuel wouldn’t have been hot enough. I’m not an engineer, and maybe these are two completely different scenarios, but you have to agree it’s interesting to think about.

Feel free to debate in the comments.