I promise this is the last post about BarCamp Phoenix, which was held on Saturday.

I took some photos at the event which are below with commentary. Enjoy! 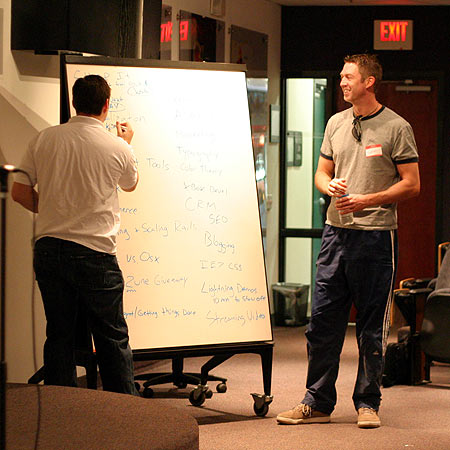 The way an Unconference works is exactly as you see. The first thing that happens is that people brainstorm topics. The only rule is that you have to be willing to also moderate that discussion (or suggest someone). 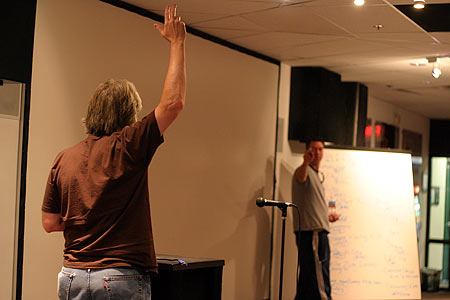 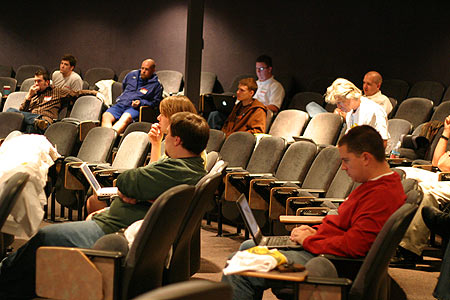 About 50 percent of the people brought laptops. 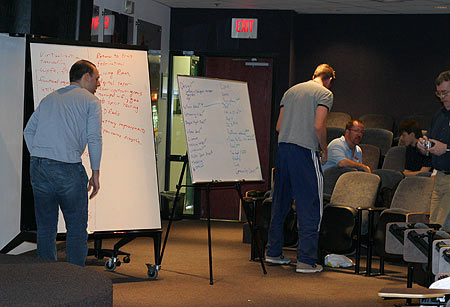 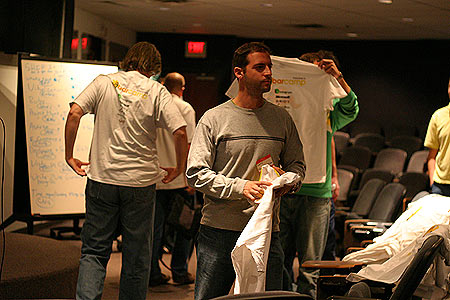 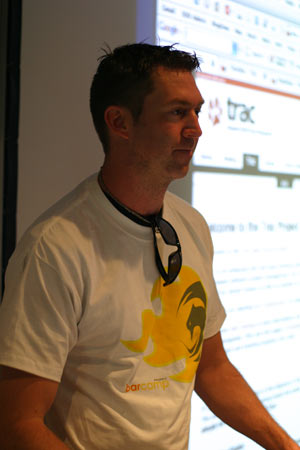 Sean Tierney wearing his BarCamp Phoenix shirt wraps everything up and gathers feedback.

I’d have to say that the strangest moment of all was when they held the Zune giveaway, which was sponsored by Microsoft. Here’s how it went down: Someone got up with his Powerbook and demonstrated the randomizer script he had written that morning. It was written in Ruby on Rails, and was pretty slick. Then, he opened it up in Firefox and ran the program. Too funny.