I wrote this article and decided to publish it while I’m in Brazil. Enjoy! 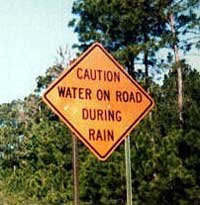 It’s fascinating to read about the purchase of Alaska. It happened 139 years ago. The story about how we came to purchase Alaska is almost laughable. Despite the fact that the entire history of the world has been filled with wars over territory and land, Congress couldn’t see the benefit in owning more real estate.

It is common sense to take a method and try it. If it fails, admit it frankly and try another. But above all, try something. – Franklin D. Roosevelt

It took Congress more than a year and half to actually get around to buying Alaska after the Russians made the offer. Astounding.

How good are you at making decisions? Do you make business decisions fast and quick or do you labor over decisions endlessly? I’ve been thinking about this quite a bit. At times in my life I’ve made decisions extremely slow. Sometimes never really making a decision. It occured to me recently that the decision making process doesn’t need to be final. It’s ok to change your mind. The real trick then is to take an iterative approach to decisions. Just make a decision quickly, and if you regret that decision at some future point, make a change.

The benefits to this are that in the long run you’ll have made more decisions than you would have normally and you’ll have the benefit of quick decisions — something that allows you to move on and use your brain power for something else.

Now, obviously some things do require a lot of thought — such as cases where you have a crossroad in life (more than one distinct path) and can’t turn back.

I often envision President’s and world leaders making business decisions. They have such a sanitized public image that you get the distinct impression they’ve learned to make decisions quickly. We sure hope so anyways! I’m not sure how many readers follow the Fox hit on TV called 24? Well, in that series, the on screen President Logan has a very difficult time making decisions. That’s a good example of what can happen to you if you have a poor moral grounding and haven’t the practice of making decisions quickly. It’s also a good lesson in having advisors.

So, there’s my business article for the week. Now can we get back to our regularly scheduled humor? I’ll have to think about it.

Question for you: What tricks or techniques have you discovered for making fast decisions?

Continue reading about the purchase of Alaska and decisionmaking: