Here’s a collection of interesting links, articles, and tidbits I’ve been collecting over the past few weeks:

Internet Archives has tons of free movies you can download. I got some Three Stooges.

Macromedia has apparently moved their main SF office and it looks pretty neat. Check out the pictures. 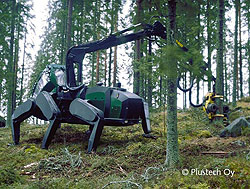 There’s a company in MA that builds robots for both consumer and government uses. They’ve been on the news lately and I thought there web site was pretty cool. They showcase a bunch of the different robots they’ve built. Check out iRobot.

Hormel appears to be milking their SPAM product for all it’s worth. Who wants to go visiti the SPAM Museum! Oh how exciting that would be.

Tornado is currently on page #11 on Google search for Tornado. I want to be #1 for “Tornado” – maybe someday!

Ballofdirt.com looks interesting (although the site is very slow).

Enkode your email address with the Enkoder so you don’t get spam (hopefully).

I’m not sure why I never noticed bbPress before. It’s built by the same folks who bring us WordPress. Then there’s miniBB (which looks like a nice buletin board).

And can tin foil save the worlds glaciers? We’ll have that and more after the break.

Now you can customize the buttons on Yahoo. I like how the buttons default to the Yahoo services you use most (it shows them if you are logged in). 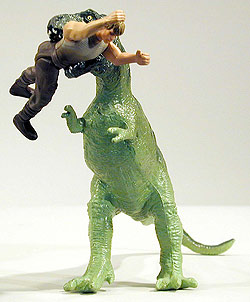 This John Deere ‘mechanism’ would sure be cool to take down the road. If only it moved faster.

I’ve worked with so many people that need to learn this lesson.

T-Rex found in Montana eating green plants and chasing people. Oh, wait, they only found some bones but the bones had soft tissue inside and that’s a very interesting thing. (Pictures here) Read this: Dr. Carl Wieland weighs in on the issue.

There’s a WordPress 1.5 theme design contest going on and the entries number over 100. Some are very good. Contest ends soon. Go here to view the themes.

I like the left hand navbar on the PSP site. It’s simple yet effective and the entire site has a nice clean feel to it.