Kentucky Fried Chicken introduces a new logo and new web site, all which are quite interesting. What do you think? 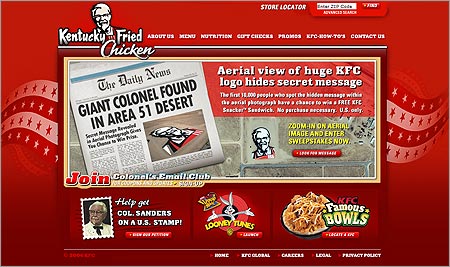