In which I lose twelve ping pong games in a row

In most social situations that revolve around my ping pong table I am the clear champion. It’s not that I’m an egotistical table tennis snob, it’s just that I’m the best when it comes time to a match with my friends.

Until recently that is. In the last week I have met seven new champions all better than me. It’s a conspiracy, I tell you! I’ve never lost so many games. Especially so many in a row. I’ve lost a good dozen games in a row by now. Would someone please step forward willing to be defeated?

Ok, I think I’ve caught my breath by now. 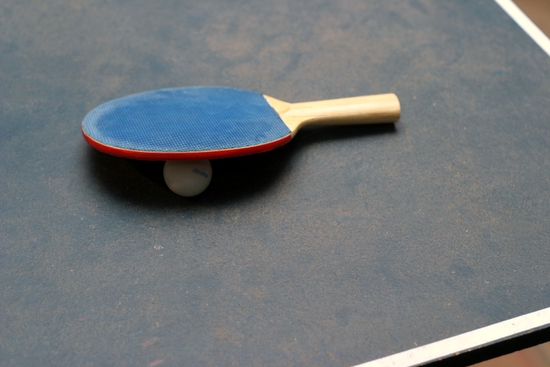 I actually saw a car with the license plate 10SNE1. It’s the veritable genius when it comes to license plates which we all learned as kids and up until recently I had never seen.

Is it officially table tennis or ping pong? Maybe reading a little bit of how they filmed the Forest Gump ping pong scene will help you decide. In that scene, Forest represents the U.S. in a championship game against China. Forest of course wins having two paddles and amazing concentration skills.