BrainFuel Through the Years

BrainFuel originally launched on January 25, 2001. To celebrate our 8+ years of posting here on BrainFuel we’ve decided to re-launch with a new design and more focus.

Now, we’re going to focus exclusively on design and start a new column interviewing designers we respect in the industry. 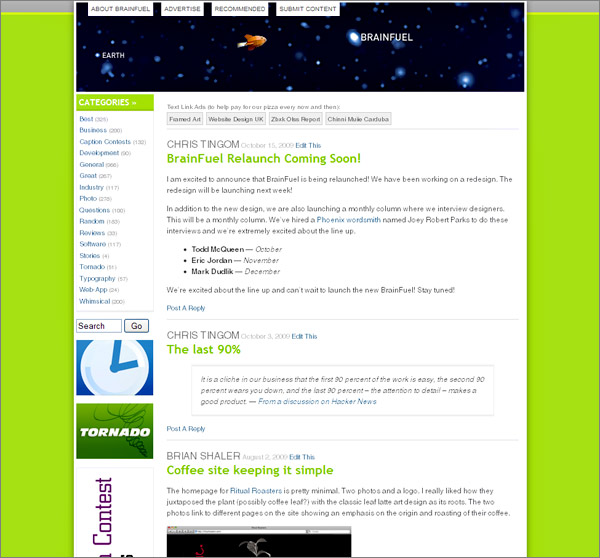 This iteration of BrainFuel was designed by myself and Andrew Smith. It has lasted quite a while and been really great. But it is time to move on.

Before then we had crazy headers

I can’t locate the previous design except I have located a whole lot of crazy header images we made. You can see all of them here.

Awesome old logo we used at one point, and still use for our favicon

This was an earlier logo we used here on BrainFuel.

Back when we were on Blogger, before they got bought by Google 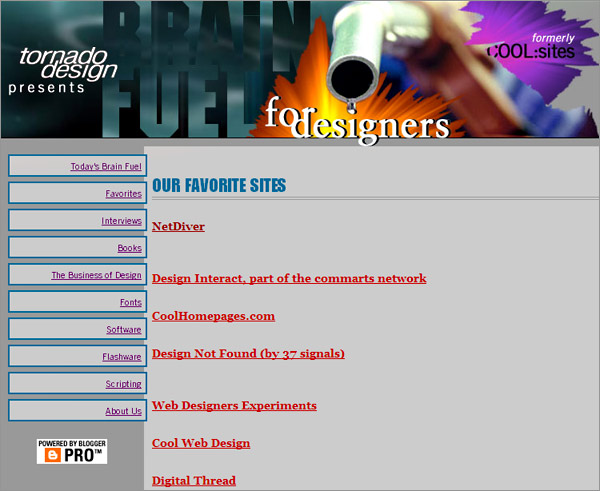 Ben Wood was responsible for this design, which we hosted on Blogger. There was one day when Blogger accidentally charged our credit card twice and we called Ev up and sorted it out.

2003: Moveable Type! We used this way before WordPress was released 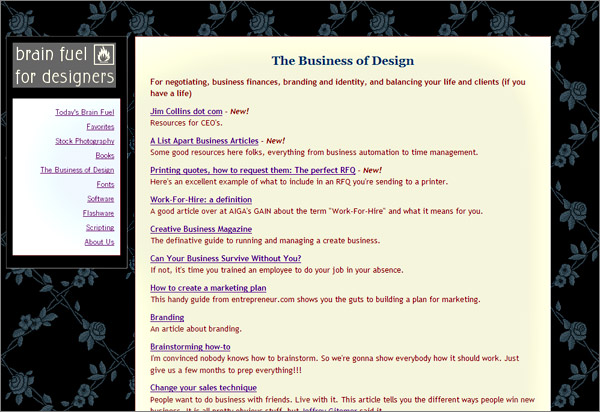 Another design by Ben Wood 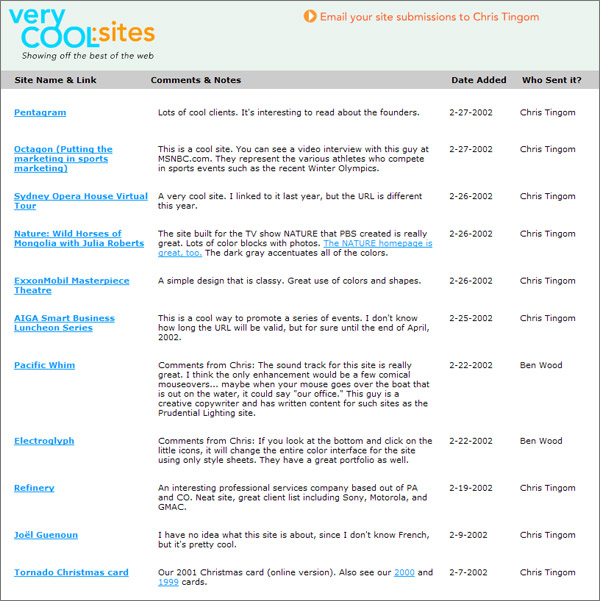 The very first version of BrainFuel was called “Cool Sites” and was hosted as a subdomain. After that we moved it to BrainFuel.tv (Ben Wood came up with the name).

If you’ve been a reader of this blog for any length of time you have probably noticed that we’ve slowed down a little bit — that’s because we’ve been working on our startup, Minuteglass (now in beta).

Stay tuned as we launch the new site later today!