I thought the LukWerks web site was pretty cool and the product looks pretty nice as well. They’ve basically created a consumer grade mass-produced digital surveillance system with a base cost of $299. Not bad. I know a lot of people would say it’s a ripoff but if you read about the software and consider the costs to market something like that it’s quite reasonable. The company was originally founded in Arizona and purchased by a Utah company. 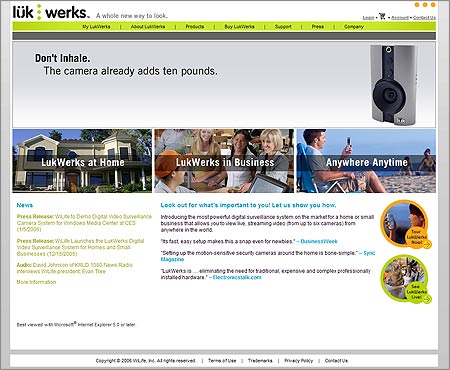