I just bought a Anker® Bluetooth Ultra-Slim Keyboard over on Amazon for $16. Yes, that’s really the price!

It’s a wireless, bluetooth keyboard in the same design as the Apple Wireless Keyboard. I’ve been leaving the keyboard out in the family room, and it has become my new favorite tool for productive writing.

I’ve often bemoaned the fact that part of parenting involves sitting on the couch watching the kids. Sure, I can send and view emails on my cell phone (an iPhone 5C), but I hate typing on the phone keyboard. 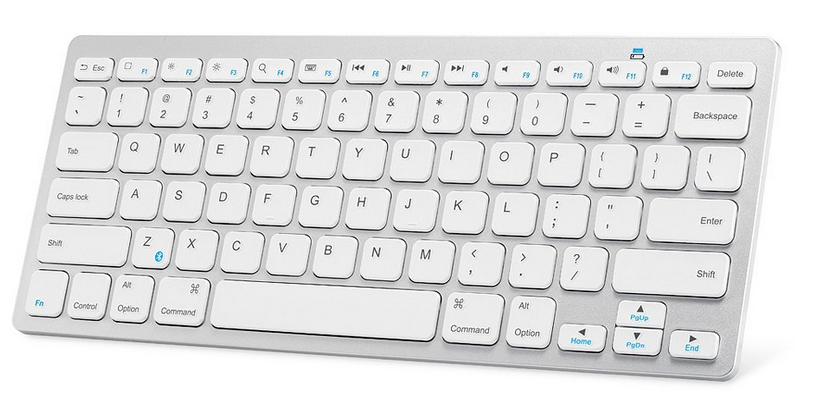 No longer! I just paired the keyboard to my phone. Now, whenever I am watching a movie with my toddler, I can write an article. In fact, I’m writing this article while my 3 year old watches Handy Mandy on the television. I’m able to have conversations with my wife, interact with my child, but stay productive. I’ve also written articles while my newborn naps.

My new workflow includes extensive usage of Evernote. I basically type my new articles in Evernote and later while I’m on my computer I edit and publish them (along with a photo).

It’s such a brilliant idea, and I wish I had thought of it sooner! I’m going to be so productive typing new articles.

As an example, I have managed to type 5 articles in a matter of 30 minutes (each one being about 250 words). Not the biggest articles, but exactly what I wanted to write.

So, go do yourself a favor and pick up a cheap wireless keyboard for your phone. You’ll never regret it! Leave a comment and let me know how you stay productive with kids.